Ernest Hemingway and Lignano: the story of an adventure 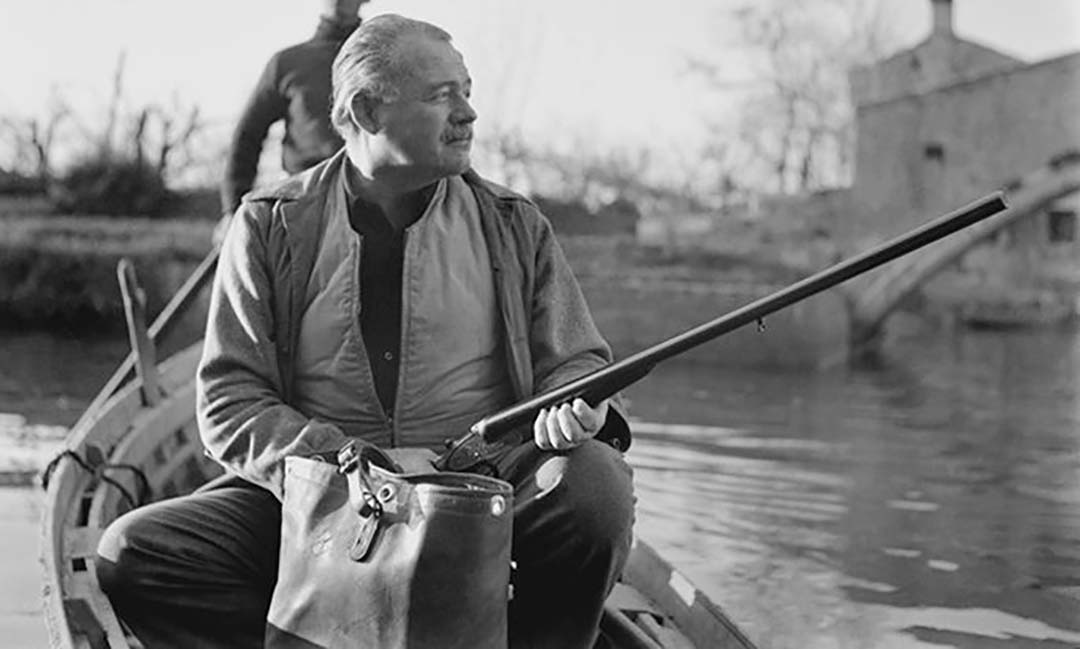 It was back in April 1954 when Ernest Hemingway arrived in Lignano Pineta, in what was still just a building site imagined by the visionary architect Marcello D’Olivo. Let us find out all the details of this short but intense adventure of the writer Nobel Prize for literature on the Lignano coast.

A long story bound Ernest Hemingway to Friuli Venezia Giulia. The well-known American writer told right about the most Northeastern territory of Italy in his memorable “A Farewell to Arms”, in which he recounted part of his experience during the First World War with fictional invention. Hemingway’s relationship with these lands strengthened in the 1930s thanks to his friendship with the Kechlers, a noble family of close friends of the writer, who hosted him in their Friulan properties.

Our territory was also portrayed by Ernest in his novel “Across the River and into the Trees”, the result of the unstoppable creative trail arisen from an all-Friulan love story between Hemingway and the young Adriana Ivancic, the nineteen-year-old cousin of the Kechlers.

And it was precisely on the occasion of one of the visits to his friends Keckler that Ernest Hemingway went to Lignano for the first and only time in his life. 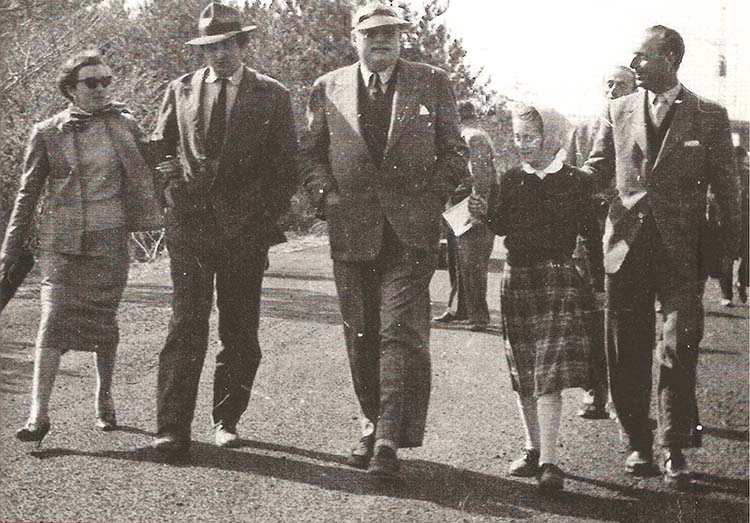 ERNEST HEMINGWAY ON THE LIGNANO’S BEACH

On April 15, 1954, Hemingway and his wife Mary visited the then little-known Lignano resort together with Maria Luisa Kechler, her husband Federico Kechler and the twin sisters Carla and Roberta Kechler. Federico himself wanted to take a small detour along the way to Venice to show the writer the place where his brother Alberto was completing an important investment. After a morning travelling aboard the Kechlers’ Lancia Aurelia B21, the group arrived in Lignano Pineta. Here Federico, showing Hemingway the famous snail-shell shape plan created by Marcello D’Olivo’s pencil, asked the writer to put his signature on a lot that the family would have given him to build his future – but never begun – Friulan house. The document with the original signature of the writer is still jealously preserved by Lignano Pineta Spa.

Once reached the golden beach surrounded by the pinewood, Hemingway uttered the famous sentence “But this is Florida, it is actually the Italian Florida!”. Probably due to the strong resemblance of Lignano to the Everglades view where wild vegetation meets the waters. In fact, Hemingway was enchanted by the characteristic cane thickets, wild pinewoods, and islets.

Vintage photos portray the great Hemingway emptying sand from his shoe in a still rough landscape without anything around. 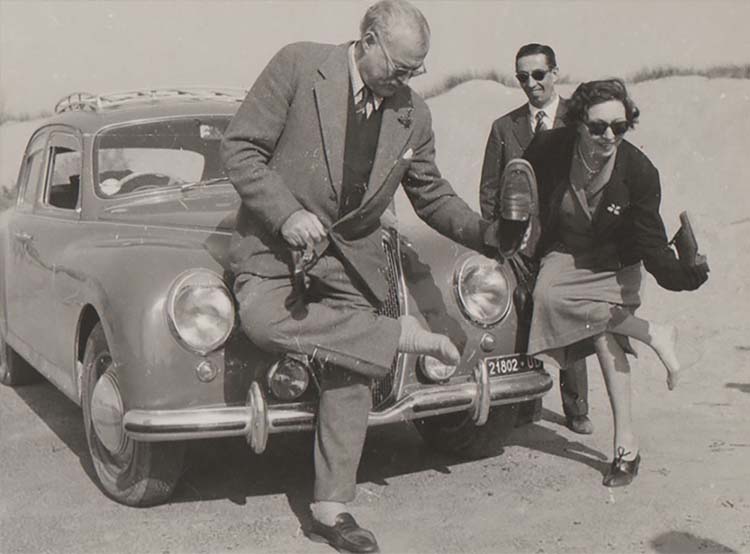 After a last walk along the “train” construction site, made up of low shops and apartments open on two sides of the main street of Pineta, Hemingway and the Kechlers got back in the Lancia again and returned to Venice. Thus ended the few legendary hours spent by Hemingway in Lignano, an experience that led to the birth of the indissoluble bond between the town and the American writer.

In memory of this visit, in 1986 the municipality of Lignano Sabbiadoro established the Hemingway Award, a literary competition aimed at celebrating the American writer’s extraordinary ability to look into the depths of the human soul. The competition includes four categories that fully represent Ernest Hemingway0s polyhedric soul and his immense personality: Literature, Photography, Witness of our time and Adventure of thought.

In the center of Lignano Sabbiadoro you will find Hemingway Park, where paths for pleasant walks as well as playgrounds for children have been created. The main attraction of the park is the area used for outdoor shows, complete with an arena and a raised stage, all made in full harmony with the surrounding natural environment. An area of the park is dedicated to the memory of Hemingway: it is enriched with permanent photographic exhibitions and writings about his life. The most famous festival held inside Hemingway Park is the “Flower Festival” that marks the beginning of the summer season. 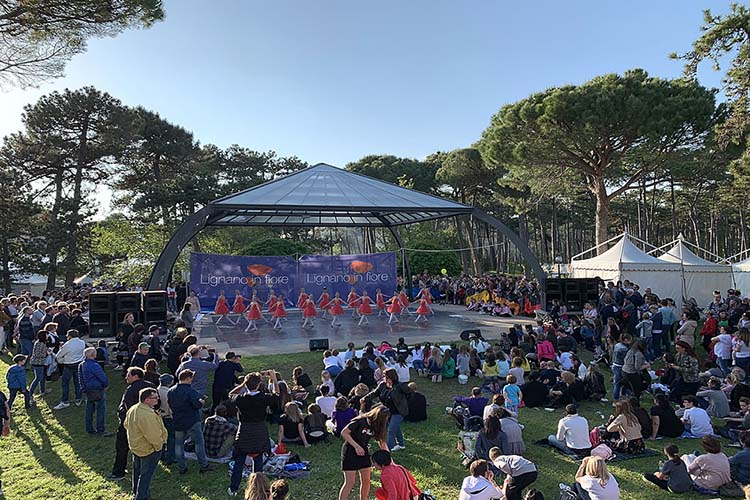 Did you know the story between Ernest Hemingway and Lignano?

Valentine’s Day 2022 at Lignano: a lot of romantic offers and things to do

Events in Lignano in April and May 2022: the entire program 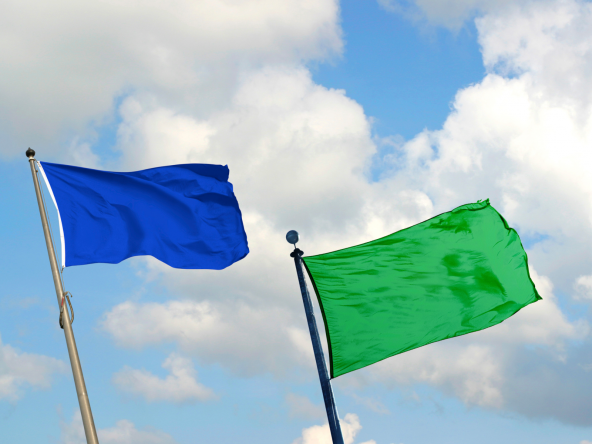 The blue flag and the green flag fly over Lignano Sabbiadoro

Two important banners, symbols of its commitment to the environment and the families that every...
Continue reading 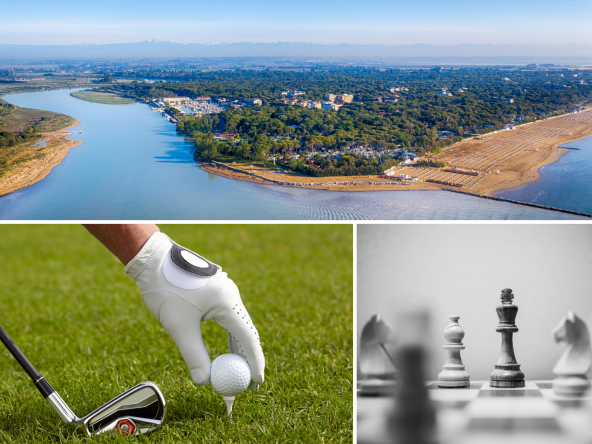 What to do in Lignano in autumn?

The closing of the season just ended has brought with it sun loungers, deck chairs and beach...
Continue reading 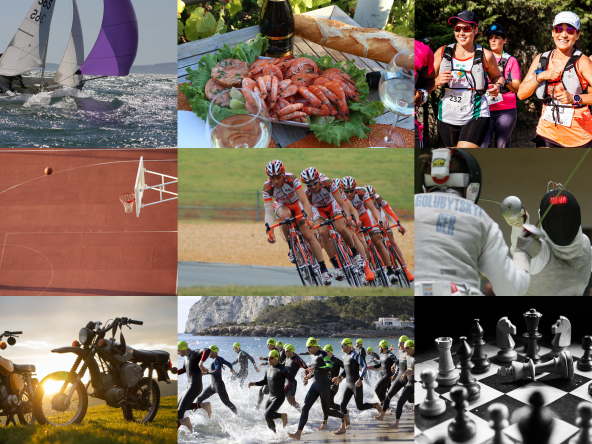 Events in Lignano in September and in October 2022: the entire program

Summer is ending, but not in Lignano! Our beaches are still full of tourists and vacationers and...
Continue reading

Please enter your username or email address. You will receive a link to create a new password via email.